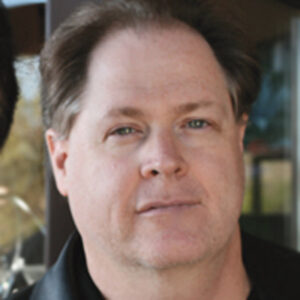 TOM DANHEISER started his radio career at KLOS Radio in Los Angeles as a volunteer, while at the same time attending Pasadena City College where he was a big band DJ for FM 89.3 KPCC.  Tom says he remembers thinking how much fun it was to play music for others and that radio seemed to be something important in people's lives.  Realizing that radio is a public service and that it is an avenue to help others, it was an easy career choice.

While volunteering at KLOS-FM, Tom was given the opportunity to interview for, and land the job of, Community Service Coordinator for the Cause Marketing Community Service department of the ABC owned stations KLOS-FM, KABC Talk Radio, and KSPN Radio 710 (later changed to 710 Radio Disney).  Tom and the department would produce such cause marketing events as the "Mark & Brian Christmas Tree Sale, "The KABC Pet Adoption Day", "The KABC/KSPN Health Fair", "The KLOS Food Bank", "The KLOS/KABC Holiday Toy Drive", and others.

While at KABC, he became the Producer of the stations public affairs show "Spotlight on the Community".  Tom has screened and produced for such shows as The Dennis Prager Show, The Larry Elder Show, The Motorman Show, The Dr. Laura Radio Program, The Jim Cramer Show and others.

Tom has been a producer on TV pilots for the Sci Fi Channel, and has been an Associate Producer for the Suzy Orman TV Show.  Currently, he is Senior Producer for the national radio show Coast To Coast AM, and is one of the Executive Producers of Gaia TV's "Beyond Belief with George Noory".  Tom also writes a column called “Who You Should Know” for The Hollywood Ghost hunter’s on-line magazine.  Under his umbrella of "TD Entertainment", Tom does voiceover, as well as serves as President of George Noory Productions, producing and meeting listeners at various meet and greet events.  Recently, he has been producing and directing live stage shows; bringing radio to the stage.

Tom's interests include going to hockey games, taking drives in his convertible while listening to music, hanging out with his dog “Freddy”, and playing basketball.  He is a big supporter of our Veterans and in 2014 produced a Christmas charity CD with all sales going to veteran’s hospitals throughout the United States.

TOM WILL BE OUR OPENING NIGHT GUEST - March 5th, 4pm as our "GAME SHOW HOST" of the "LIAR, LIAR" Game.