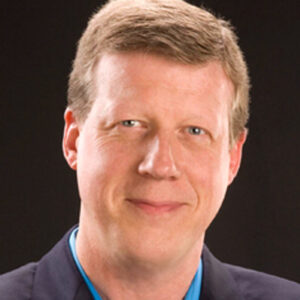 PAUL HYNEK is CFO by day, UFOs by night. Paul is a Wharton MBA, a professor of finance at Pepperdine, and creator of EZ Numbers financial projections software for startups that has helped raise over $1 billion dollars for thousands of startups. Paul was involved with Avatar, Lord of the Rings, Planet of the Apes and many other movies and games, and helped sell their company to James Cameron. He created the first online service for kids and introduced it on stage with Bill Gates. Paul has extensive experience in technology, including Blockchain, virtual and augmented reality. Paul is a grant reviewer for the National Science Foundation. Paul is super nerdy about artificial intelligence and radical life extension, and is all-too-happy to tell you how he regrew his thymus gland.

Paul is the son of J. Allen Hynek, and is deeply involved in the "family business." Paul is launching a weekly podcast on IHeartRadio about UFOs, and will speak anywhere in the world in any language about UFOs with two months notice. Paul was a consultant on HISTORY"s Project Blue Book.

For many people, UFOs = Extraterrestrials. What if the truth is even more complicated than garden variety nuts and bolts craft coming here from Zeta Reticuli? We say "Experiencers" because there is more to encounters than just a visual sighting, and many have believed for some time that there is more to the phenomenon than ETs. Join Paul as he takes us into a wormhole that even UFO buffs may feel is out there.