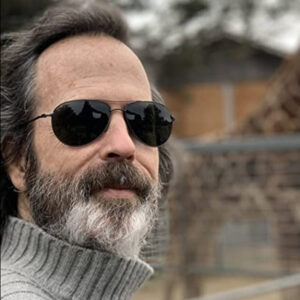 Christopher was raised in Malibu, CA and, after completing his education at Beverly Hills High then Goddard College in Vermont (Masters in Business and Communications), he returned to Hollywood and took a position at Warner Bros records in the A & R department signing and developing emerging talent for the label. But acting and producing being his roots, Christopher was then offered and took a staring role on TV for CBS Morningstar/Eveningstar (1986) as well as a number of films, The Lost Boys (1987), River's Edge (1986) and made-for-TV specials for various networks.

Following in his father's footsteps, Christopher took an entry level position at Cannon Films for Golan Globus working his way up through the ranks. After several years, Christopher was then offered numerous creative exec positions at several different film companies but decided on Peters Entertainment where he took a job as director of development. In late 1990's, a few months after Christopher started with Peters Entertainment, Chris developed and sold to Warner Bros a new and exciting take on the Robin Hood franchise securing a producing title and his first major studio film as producer. In the following year, Christopher rose to VP of Peters Entertainment developing projects such as Superman Returns, the famous Japanese cartoon Akira, The Blob, A Star is Born and others. Recently, Christopher has formed his own company and is in working relationship with Warner Bros on several projects.

PRESENTATION
CHRISTOPHER HAS AGREED TO AN IN-DEPTH INTERVIEW WITH LORIEN FENTON. ATTENDEES WILL BE ABLE TO ASK QUESTIONS VIA CHAT.